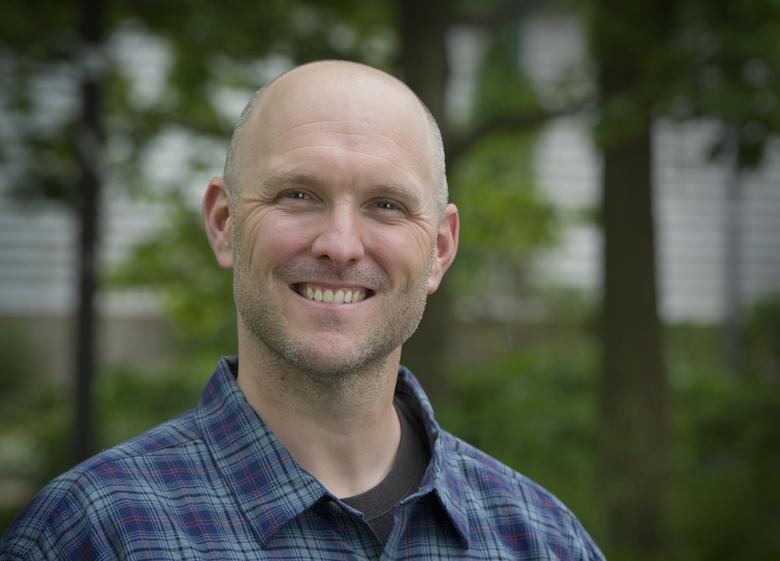 Growing up, Ryan always loved being outside and near the water. From family camping trips, canoe trips and summer camps, he always had a love for the environment. He chose to study biology in university not quite knowing where it would take him. After completing teacher’s college, Ryan taught chemistry to grade 11 and 12 students in Kuwait, but always had the idea of research in the back of his mind. When he returned to Canada he chose to pursue grad school and was able to find a topic that combined his interest in biology and chemistry, with his love of the outdoors - environmental toxicology. Today Ryan’s research looks at the impact of chemicals or the mixture of chemicals on aquatic and terrestrial ecosystems.

Ryan’s research focuses on chemicals, such as pesticides, used in agriculture, as well as industrial chemicals, and what impact they have on the environment. His research also investigates how we can reduce the potential negative impacts that the chemicals we use in society have on the environment. Another interesting aspect of his research is his work with fresh water mussels. Southern Ontario has the greatest diversity of fresh-water mussels in Canada, and North America itself has more mussel species than anywhere else in the world. However, most of them are either threatened or endangered. Ryan is looking at the impact that humans have on fresh water mussels, how we can preserve the populations we have, as well as how we can help them flourish.

The risk of microplastics to Canada's ecosystems

When are freshwater mussels populations stressed?

Southern Ontario contains the most diverse freshwater mussel community in Canada. However, roughly half of the species in this community are considered threatened or endangered. This project is investigating whether combining the non-lethal extraction of hemolymph (mussel blood) and non-targeted metabolomic analysis can help us to identify when populations may be stressed.

What risk does salt-laden road runoff pose to freshwater mussel species in Ontario?

Ontario has a diverse community of threatened freshwater mussels, which are relatively sensitive to exposure to chloride. Chloride is a major component of salt-laden road runoff. This project is investigating the effect that pulses of chloride as a result of road runoff during melt events have on freshwater mussel populations and communities.

Working with his graduate students, Ryan says he tries to strike a balance between being too involved and not involved enough. He does this by holding bi-weekly meetings with all grad students to see where everybody is at with their projects and what they need. Otherwise Ryan’s door is always open and he relies on his students to come to him if they need anything. He sees his students as the drivers of their projects and leaves them responsible for planning, execution, and to present what they found. If you are interested in working with Ryan, check his website for current opportunities and reach out via email.

Jacques, O.*, and Prosser, R.S. 2021. A probabilistic risk assessment of microplastics in soil ecosystems. Science of the Total Environment, 757:143987.

For a full list of Ryan’s publications, please visit his Research Gate page.