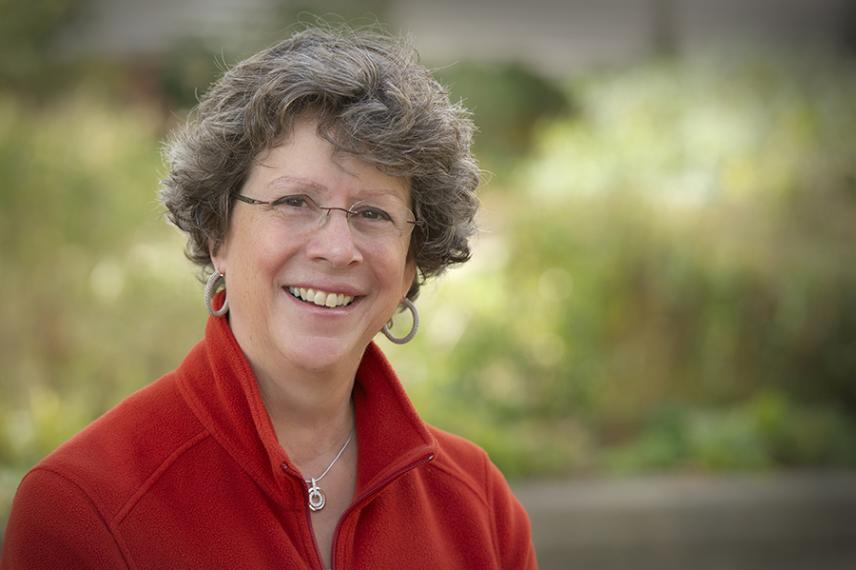 Beverley was appointed Associate VP Research (Agri-Food Partnership) at U of G in Jan. 2018, where she manages the agreement between the Ontario Ministry of Agriculture, Food and Rural Affairs, and the U of G. This Ontario Agri-Food Innovation Alliance supports faculty, graduate students, research operating costs, field research stations and two analytical labs, in pursuit of agri-food research and innovation. Prior to her current position, she was the Associate Dean (Research and Graduate Studies) for the Ontario Agricultural College of U of G. Beverley maintains her research program in the School of Environmental Sciences where she explores the relationships between soil metals and accumulation in plants, and the transfer of metals from plants to mammalian consumers.

The research focus of Beverley’s lab group has been metal contamination of soils, specifically the factors that influence uptake by plants and the potential for subsequent transfer to consuming mammals, including people. The research falls into three major components: the biotic ligand model as a framework for integrating “bioavailability” into models of metal uptake by, and toxicity to, plants; the genetic and environmental factors that influence uptake of Cd by crop plants; remediation of metal contaminated brownfield soils.

Beverley has worked closely with the mining sector and Environment Canada to fill data gaps in research knowledge to support public policy concerning management plans for inorganic contaminants in soils.

Metal uptake by, and toxicity to, plants and humans

The goal of this research is to more accurately quantify exposure of plants and humans to trace element contaminants in soils, including movement of trace elements from soils to plants and/or humans. Soil metals are studied in controlled and well characterized hydroponic solutions, as well as in aged field-contaminated soils with complex metal mixtures; each makes a unique and complementary contribution to knowledge. Both data-rich and data-poor metal/metalloids are studied; the contributions described below each developed important new knowledge. Funded by the National Sciences Engineering and Research Council (NSERC), Environment and Climate Change Canada (ECCC) and industrial partners.

The European Union’s Risk Assessment for metals in soils lead to the development of a risk calculator which adjusted predicted ecotoxicity for expected bioavailability of metals in soils, as influenced by soil chemical and physical parameters. This body of work was conducted in consultation with the nickel industry to demonstrate whether nickel ecotoxicity thresholds determined for field-contaminated soils, either removed for pot studies or tested in situ, were conservatively estimated by the EU RA risk calculator. In all studies described below, it was demonstrated that the EU risk calculator (the “PNEC Calculator”) correctly or conservatively estimated ecological risk of nickel in soils without the uncertainty factor. Funded by NSERC, ECCC, and industry partners.

Modification of metal bioavailability by competing ions and ligands

The Biotic Ligand Model (BLM) is a toxicity prediction tool that accounts for competition for binding to the biotic ligand that might occur in a complex solution containing other dissolved metals and ligands. The BLM has not been adopted for plant toxicity as a regulatory tool, but its framework for bioavailability is the basis of the most current tool for regulating contaminated soils, i.e. REACH’s PNEC calculator. These studies are significant in that they explain variance in observed plant toxicity relative to metal speciation in the exposure solution, under conditions of varying major cations and organic dissolved ligands. Funded by NSERC, ECCC, and industrial partners.

Ingestion of food and/or soil particles with elevated metal concentrations contributes to total exposure of humans. Bioavailability of metals in ingested soils and foods can be estimated by in vitro digestion assays, which must be validated with in vivo feeding studies. These studies are significant in that they present in vitro and in vivo estimates of transfer for the same ingested materials, so that the in vitro results are validated. Contaminated soils also expose humans to metals through ingestion of home-grown (HG) produce from that soil. A site-specific risk assessment must estimate both. This study (and others published prior to 2013) is significant as it allows risk assessors to quantify the likelihood of various adverse exposures. Funded by NSERC and industrial partners.

Graduate students and other highly qualified personnel are the foundation for this research program and successful students have moved into careers in provincial and federal environment departments, environmental consulting, analytical laboratories, the mining industry, and university faculty and management positions. In most cases, they have jobs before they complete the requirements for their degrees, which for some students, has led to a protracted program of study. The students typically receive interdisciplinary training in analytical chemistry, aquatic toxicology and in risk assessment to apply the work to risk assessment and regulatory practice.

For a complete list of Beverley Hale’s publications, go to her Google Scholar or Research Gate pages.